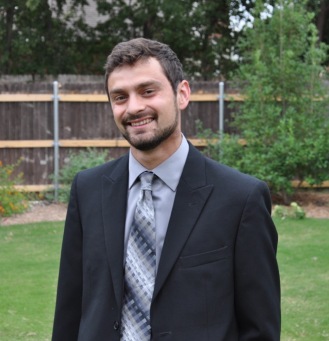 Mr. Michael Graber is an educator and violinist dedicated to string education and performance. Originally from South Dakota, and a four-year member in the South Dakota All-State Orchestra, Mr. Graber obtained a Bachelor of Music in Violin Performance from the University of Minnesota-Twin Cities in May of 2011, where he studied under Professor of Violin, Sally O’Reilly. Mr. Graber continued his music studies at Texas Tech University and graduated in May of 2014 with a Master of Music in Violin Performance, where he studied under Professor of Violin, Dr. John Gilbert. It was at Texas Tech that Mr. Graber discovered his passion for teaching music, and in conjunction with his master’s degree also obtained a Texas Teacher’s Certification in the Fall of 2014.

Awarded a Teaching Assistantship in Violin from 2011 to 2014 and a Lead Teacher position at Texas Tech University’s ‘String Project’ from 2013 to 2014, Mr. Graber gained a wide variety of teaching experience in conjunction to his master’s studies at Texas Tech. While in Lubbock, he held the positions of Violin Instructor at Texas Tech Band and Orchestra Camp during the summer of 2014, Supplemental Violin Instructor at Lubbock ISD, and Violin Sectional Coach for Youth Orchestras of Lubbock. In 2015, Mr. Graber became the Assistant Orchestra Director at MacArthur High School in San Antonio, TX; a position that he held until 2017 and learned directly from the 2016 Texas Orchestra Director of the Year, Head Director Jan Garverick.